« Signal: short & sweet
Back to basics »

Well, it is a phone after all…

Today, I tested out what it’s like to use the Desire as a phone instead of a gadget. I figured that this would be less stressful. Plus, I hadn’t really had the opportunity to test this before as nobody called me on the Desire.

With the phone to my ear, I thought the sound was a bit distorted, but when I put it onto speaker phone (which I found you can only do via the menu button: again, some confusion caused by the presence of both soft and hard keys, which splits the user’s focus), the sound was truly terrible. It sounded like my best friend was talking to me from inside a corrugated iron outhouse, wearing a tin foil hat. On the upside, speaker phone is definitely loud enough to be heard over road noise (which is an issue with my Nokia), but you’d think that in 2010, with a phone this expensive, the sound would be better than what you’d get through this: 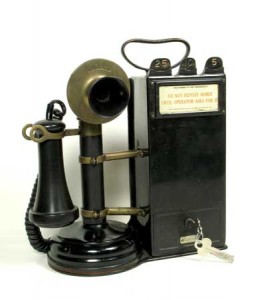 This entry was posted by Helen on May 27, 2010 at 07:09, and is filed under Uncategorized. Follow any responses to this post through RSS 2.0. You can leave a response or trackback from your own site.